Eyes On The Sky

Eyes On The Sky 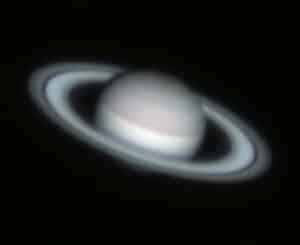 For most of us the all encompassing sky is like a neighbor. The neighbor we see every day of our lives and yet barely know. The neighbor some of us may gesture to or speak of indifferently. The words that are spoken are dependent upon our momentary perception of the neighbor, usually with kind and beautiful words when we are pleased with their appearance or not so pleasant words when we are not. The Sky is a neighbor who is clock-work in their behavior, revealing themselves in predictable but changing cycles with their choice of very well known (but occasionally surprising) and colorful clothes. We feel comfortable to the point of near apathy with our seemingly benign and eccentric neighbor because they haven’t thrown any significant rocks at us in 66 million years, or so. For reference, that last significant rock thrown was Mt Everest sized and became our long term invitation into the Planetary HOA for us as a species, but that is another story.

The real sky and its contents above our heads, like that neighbor, is both known and unknown. For those of us who wish to know more about our neighbor beyond the cursory, all we have to do is look. And stare. And stare some more. At some point you realize the sky is not our neighbor at all but rather our window into the neighborhood itself. As we stare into the vast sea of stars and swirling clouds of nebulous gases that make up our Milky Way galaxy and beyond even that into our intergalactic neighborhood, it is apparent to us that we are the eccentric neighbor in a seemingly endless void of nothing which is garnished here and there with discreet and very shiny gatherings of somethings, as far as we can see and measure in every direction. It is the very shiny gatherings of somethings that we are most interested in as observers. This 412 year old practice is called astronomy and it has been my passion for nearly two decades. Encouraging people to be curious about the Universe and our place in it has been my raison d’etre since 2005. My name is Howard Hochhalter and I am the Director of the Venice Planetarium at the Hollow in Venice, Florida and I hope to use the next few paragraphs as well as many others in future posts to convince experienced and inexperienced observers alike to spend more time looking into and thinking deeply about their solar, stellar and galactic neighborhood and hopefully derive a meaningful understanding about their place in it.

Thankfully the sky and it’s denizens do not mind our habit of staring at it, unlike a real neighbor perhaps.

While the sky touches all of us no matter where we are on the Earth, we are limited in what direction of the sky we can see because the Earth blocks most of the view.  Our location on the planet relative to the rotational axis, i.e., northern vs southern hemispheres, also defines and limits what parts of the sky we see as well. The annual orbit of the Earth around the Sun will also dictate what parts of the sky you can see, e.g. the constellation of Orion is seen in the winter and the constellation of Scorpius is seen in the summer. On top of those limitations, what we can see locally is affected by weather and light pollution conditions as well. For myself and other observers in the deep southeastern United States, the summer weather has been atrocious for observing the night sky. In spite of some of the most beautiful parts of the Milky Way, bright stars and planets being present, the cloudy weather simply makes amateur astronomy too challenging and unrewarding to attempt the effort. Those few amateur astronomers who are willing to brave the potential for bad weather and disappointment to get a momentary view under cloudy skies will find themselves rapidly slewing their telescopes, chasing holes in the clouds for quick glimpses of celestial treats. These momentary and shifting gaps in the clouds are appropriately called ‘sucker holes’. All but the most ardent amateur astronomers in the southern US pack up their telescopes for the summer months as the rains and cloudy weather wreak havoc not only on the observational spirit but the telescopes and other equipment used to observe as well. Mosquitoes just add insult to injury.

Well, those wet and cloudy months are coming to an end. The summer curtain on the stars and planets are now finally being pulled back. Experienced amateur astronomers that are familiar with Florida know the time to blow the dust off telescope covers and grease the worm gears is approaching. While Autumn officially began on September 1st, the rains and cloud cover typically continue well into October. By November the sky and weather patterns in Florida have shifted to their familiar and almost Heaven-like quality that so many around the world migrate seasonly to the sunshine state for.

As we head into the autumn months, sunsets are going to be beautiful segues into the most spectacular place in the celestial neighborhood to see from our tiny Earthly window; the central region of the Milky Way galaxy with its multitude of stars. After the Sun sets, look to the south and the brighter stars will come into view. Straddled on both sides of the central region is the bright pattern of stars of Scorpius and Sagittarius.  If you can watch the sky from somewhere dark and unpolluted by man-made lights, you will see the most distant and awe-inspiring collection of stellar points, star clusters as well as bright and dark nebula the sky can yield. At approximately 9:30 pm this glowing band of the galaxy stretches from low in the SSW all the way across the zenith of the sky into the NNE.

Closer to us in space and significantly brighter than these most distant stellar objects are the bright sunlight reflecting planetary bodies in our own solar system. The two largest of our planetary neighbors, Saturn and Jupiter are both visible by 9 pm. The relatively bright Saturn will be gaining apparent height in the southern sky as it rises out of the south east, followed by the much brighter Jupiter just above the tree tops low in the south east. Both of these bright planets will be to the east, or left of the Milky Way’s band of light jutting out of the southern sky, as you face south at 9:30 pm.

If your sky is not dark enough to see the Milky Way, but you can see stars, then you will be able to see the familiar patterns that make up Scorpius and Sagittarius. Sagittarius is home to the famous asterism known as the ‘teapot’ while Scorpius is known for the asterism called the ‘fishhook.’ These easy-to-see familiar shapes and patterns made up of the brighter stars, or asterisms, not only reveal something about human nature but make finding the star-filled central region of the Milky Way galaxy fairly straight forward. The ‘teapot’ is roughly to the east or left of the center of the galaxy and the ‘fishhook’ is just west or right of the center. I could fill volumes with descriptions of the bright stars, clusters, nebulas and other galactic treats found in this region of the sky, but that is the stuff of future content.

If your night skies are light-polluted you should still be able to see the brightest stars and most prominent constellations as well as the soft butterscotch glow of Saturn and certainly Jupiter, the 4th brightest natural object in the sky, without any optical aid. Sadly, even with the aid of telescopes the faint whisper of light from distant star clusters and nebulas will likely be lost in the haze of nearby streetlights and brightly lit populated areas.

As we look forward to the cooler months of autumn, we also anticipate greater views into our universe. With the arrival of the James Webb Space Telescope, the most sensitive telescope ever pointed towards the stars, it is certain we will have plenty to discuss. With our curiosity armed with telescopes, binoculars or just plain old eyeballs, we will reveal the sky, the tools used to reveal it, and what it all may mean for us as inhabitants of an enormous and potentially infinitely large neighborhood.